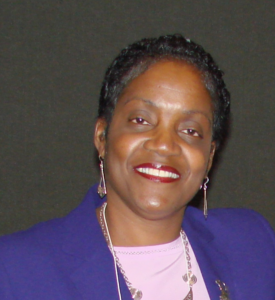 The Maryland Pesticide Network (MPN) is deeply saddened by the passing of Andrea Kidd Taylor, DrPH, MSPH, a valued collaborator, consultant to and supporter of MPN and a dear friend. She passed away after a long illness, and is survived by her husband Dr. Jimmy Taylor and two children, Shomari and Tahira. Dr. Kidd Taylor most recently served on the Maryland Pesticide Reporting and Information WorkGroup – established by law in 2013 to assess the need for and best format for a pesticide use reporting database, and was one of 16 public health experts that signed on to a 2014 letter to Maryland officials identifying essential criteria that need to be met for a scientifically valid pesticide use database. For several years, beginning in 2008, Dr. Kidd-Taylor was the Morgan State University School of Public Health and Policy’s Principal Investigator for the Maryland Pesticide Network/Beyond Pesticides Integrated Pest Management (IPM) in Health Care Facilities- community outreach project.

Andrea’s concern about the impact of pesticides was long-standing. She served on the national organization Beyond Pesticides’ Board of Directors, from 2006. Dr. Taylor was an assistant professor at the Morgan State University School of Public Health and Policy in Baltimore, Maryland, and an adjunct faculty member at Howard University’s College of Medicine and the George Meany Center National Labor College. She had more than 20 years of experience in occupational and environmental health and safety. In November 1998, Dr. Taylor was appointed by President Clinton and confirmed by the U.S. Senate to serve a five year term on the U.S. Chemical Safety and Hazard Investigation Board (CSB), a board established under the Clean Air Act Amendment of 1990 to investigate chemical accidents at fixed facilities (patterned after the NTSB). She served one year as the Board’s chief spokesperson; and she chaired and conducted the Board’s business meetings. Prior to her appointment to the board, Dr. Taylor worked as an industrial hygienist and occupational health policy consultant for the International Union, United Automobile, Aerospace, and Agricultural Implement Workers of America (UAW) in Detroit, Michigan. She was also involved in writing and editing numerous health and safety documents and testifying at government hearings on implementing various workplace standards. She authored many publications, including articles that highlighted minority workers and disease and injury prevention.