GENETICALLY MODIFIED FOODS: WHAT YOU NEED TO KNOW AND HOW TO AVOID THEM

GENETICALLY MODIFIED FOODS: WHAT YOU NEED TO KNOW AND HOW TO AVOID THEM 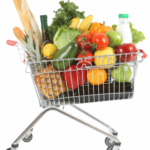 Genetically modified foods (GM foods) are banned in 60 countries- yet GM foods in Maryland are not even labeled as such, so consumers like you can’t make informed choices about what goes into your shopping cart. Here is what you need to know to protect you and your family.

While there is cause for concern regarding GM foods, chemical companies that produce GMOs and agribusinesses across the country are fighting to prevent our right to know what foods contain GMOs.

While there is ongoing controversy regarding GMOs , genetically modified crops and their increased reliance on pesticides have been linked to adverse health and environmental impacts, according to independent scientists and public health experts. Please go to our research site and search our archives for GMO related studies.

The US Food and Drug Administration (FDA) does not do safety studies on GMOs and relies on the biotech companies to do their own studies, which are kept secret from the public. These companies have been marketing GMOs without adequate testing. We, our children, our pets, and our wildlife, have all become lab rats in this experiment to see what long-term effects eating GM foods will have.

GMO pollen can travel for miles by wind or via pollinating honeybees. These GMO genes then infect non-GMO and organic crops. Allowing the increased use of GMO agriculture could mean the contamination and eventual extinction of natural species.

Without mandatory, legally defined labeling there is no traceability, accountability, or liability.

Two counties in Oregon banned growing GMO crops and three states to date have passed GMO labeling laws so consumers can make educated decisions on the food they buy and feed their families. In 2013 Maryland legislators voted down a Maryland GMO labeling bill.

Genetically modified organisms/foods merge DNA from different species, in order to create a new trait that doesn’t occur in nature or in traditional crossbreeding. Over 75% of all GMOs are altered to be herbicide-resistant. Increased planting of Herbicide-resistant GMO crops has led to a dramatic increase in herbicide use. The overuse of herbicide-resistant crops has also led to “super weeds”, and the destruction of pollinator habitat.

Farmers use considerably more herbicides on GM crops, resulting in the food having higher herbicide residues. GM crops are engineered to withstand heavy applications of toxic herbicides like Monsanto’s Roundup – killing weeds and all other plant-life except the GM crop. These herbicides, which are harmful to human health and the environment, wind up in most of our waterways and lead to significant environmental pollution and degradation. GMOs and increased pesticide use are a major factor in the increasing death rates of honeybees, monarch butterflies, and bird populations.

Chemical companies claim Bt toxin easily breaks down in the human gut but a Canadian study found Bt toxin in 93 percent of maternal and 80 percent of fetal blood samples, clearly indicating that Bt toxin passes from the gut into the bloodstream and even from placenta to the fetus.

Crops known as “GM Bt” are engineered to produce a toxic insecticide within every cell of the organism in order to kill the bugs that attempt to eat these crops.

ENSURE YOUR SHOPPING CART IS GMO-FREE!

Contrary to popular belief, the pesticides used on GMOs cannot be washed off as they are absorbed into the crops. For Bt crops, this is in addition to the insecticide already present within the crop itself.

GMO products currently on the market are corn, soy, canola, sugar beet, cotton, alfalfa, Hawaiian Rainbow papaya, yellow crookneck squash, zucchini, and derivatives of those crops including cottonseed oil. Aspartame is also a GMO. GMO ingredients are used in as much as 80% all processed foods in America. Monsanto’s unlabeled GMO Bt sweet corn is now sold in stores across North America.

For research supporting the information on this page, click here.

400 Companies That Do Not Use GMOs in Their Products